Your private jet operator for leisure trips and business travels in Europe. We are the #1 private aviation company for Very Light Jets with 50 years of experience.

Fly in and out from +1000 airports all over Europe at your preferred time schedule. You tell us where and when. We provide your own charter jet according to your travel plans.

Request a quote for flight options

Let us know about your needs and wishes. Then lean back and relax. We take care of the organization.

We are always there for you. You can contact our customer care service at any time of the day.

Over 1000 flight
connections in Europe

From tiny airstrips to international airport hubs. Get connected with over 1000 destinations in Europe.

Ultimate comfort
for up to 5 passengers

Stretch yourself out in the cabin with your family, friends or business partners.
A welcoming and warm interior will make you feel like travelling in the clouds. 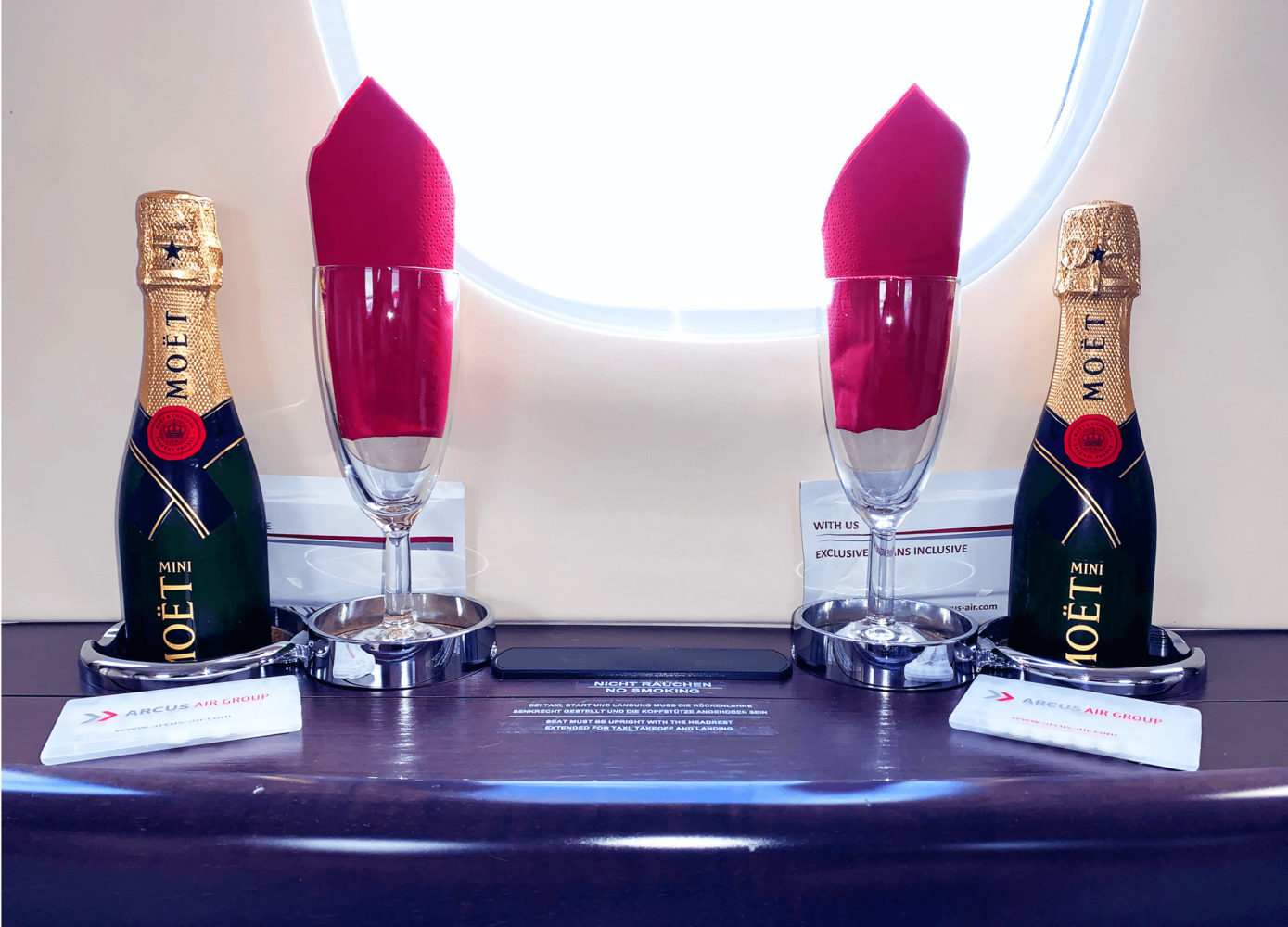 Enjoy a selection of free snacks, drinks and even champagne on board. If you prefer a hot meal above the clouds, let us know. We can even provide a fancy three course dinner, according to your desires and budget.

Booking your own aircraft can be surprisingly affordable. Especially when you charter a minijet and split the costs among all passengers. Get a quote and be surprised that flying private with us is an convenient but not costly alternative to a business-class ticket.

Time is worth more than money. You can save hours of travel time plus your nerves, when flying private. An own chartered aircraft is oftentimes the most comfortable and time-saving way for travelling distances between 300 to 2000 km. 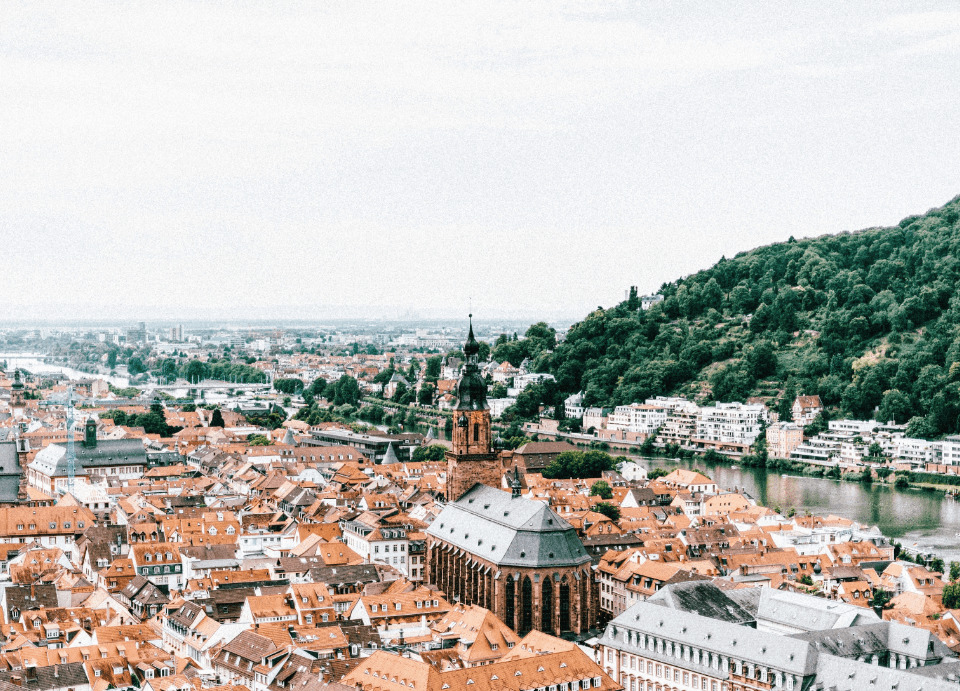 The time schedule of a private jet is flexible according to YOUR needs, in contrast to the fixed flight plan of a commercial airline. Maximize the length of your weekend trip. Minimize stress, hassle and the risk of missing flights.

The VIP treatment does not have to end when you get off the plane. You can book an additional airport transfer on demand. An exclusive limousine will pick you up and take you to your holiday resort, business meeting or wherever you need to be.

Flying on a private aircraft minimizes the risk of catching the flu. You will enter a completely sanitised and disinfected plane. A constant air cabin
circulation and a modern HEPA-filter system ensures fresh air and a virus-free environment on board. 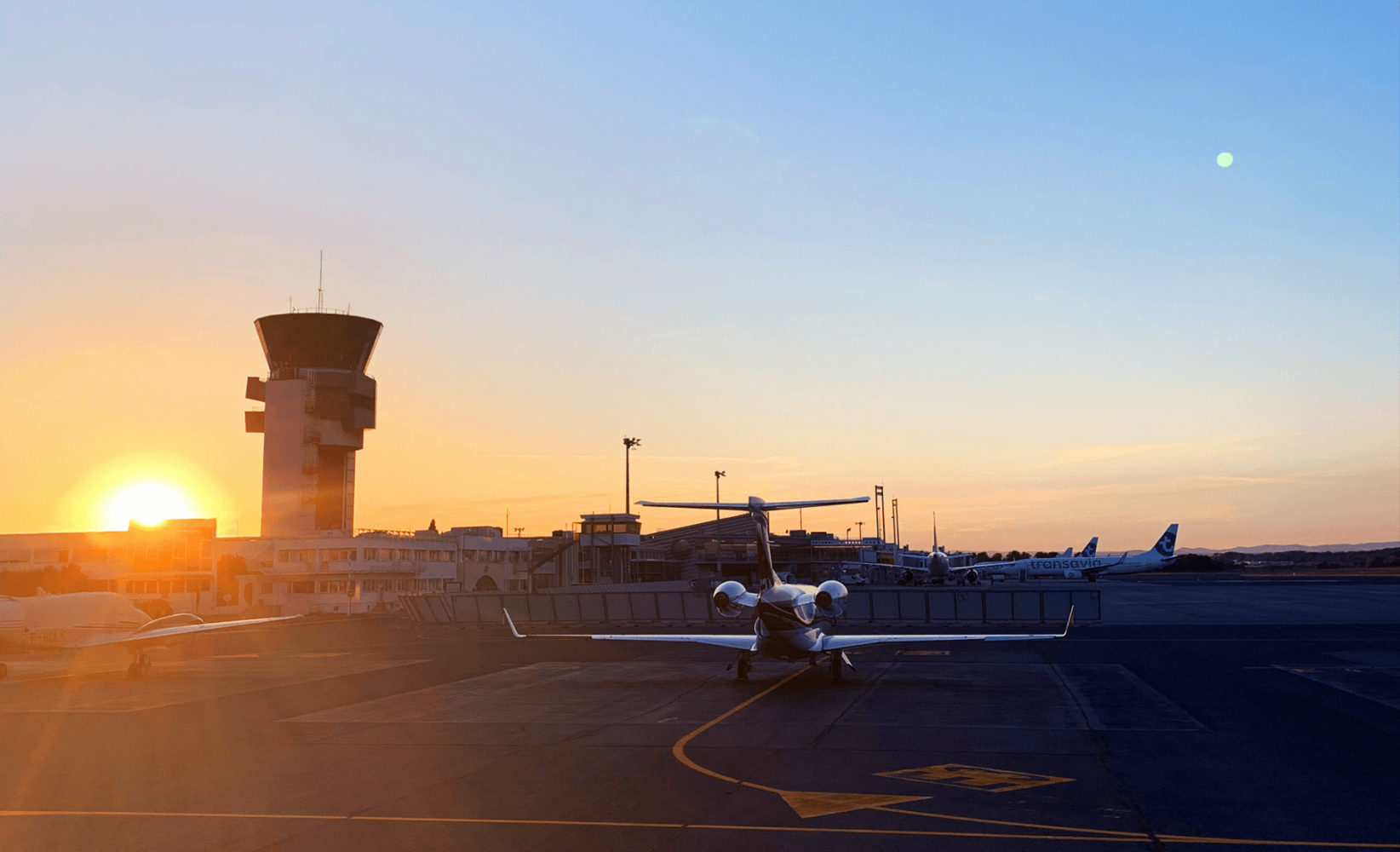 Our selected team of pilots will ensure a smooth flight with maximum safety. You are well taken care of.

Travel with pets on board

Pets are welcome on board! They are allowed to travel inside the cabin and will receive the same VIP treatment as our two-legged guests. 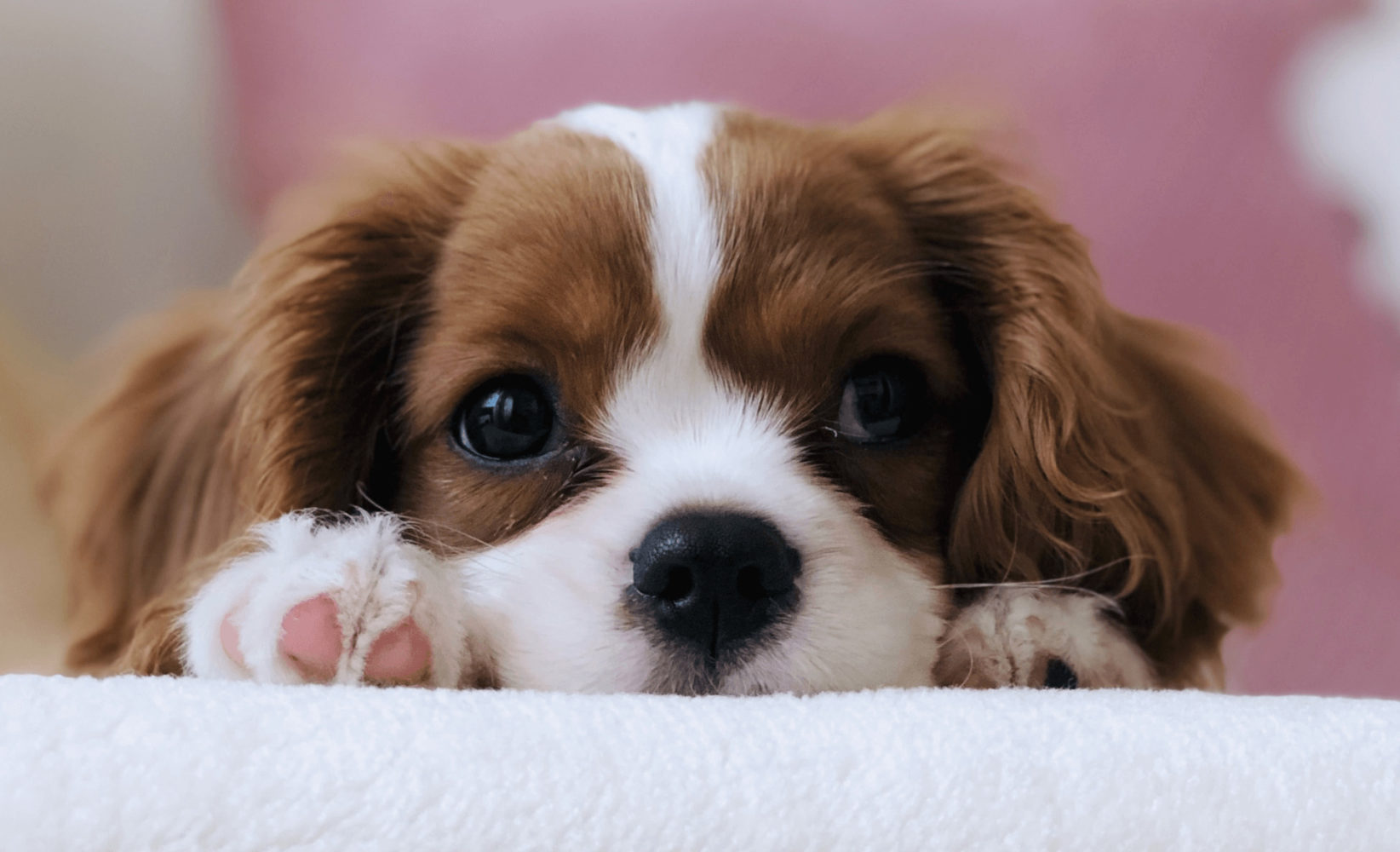 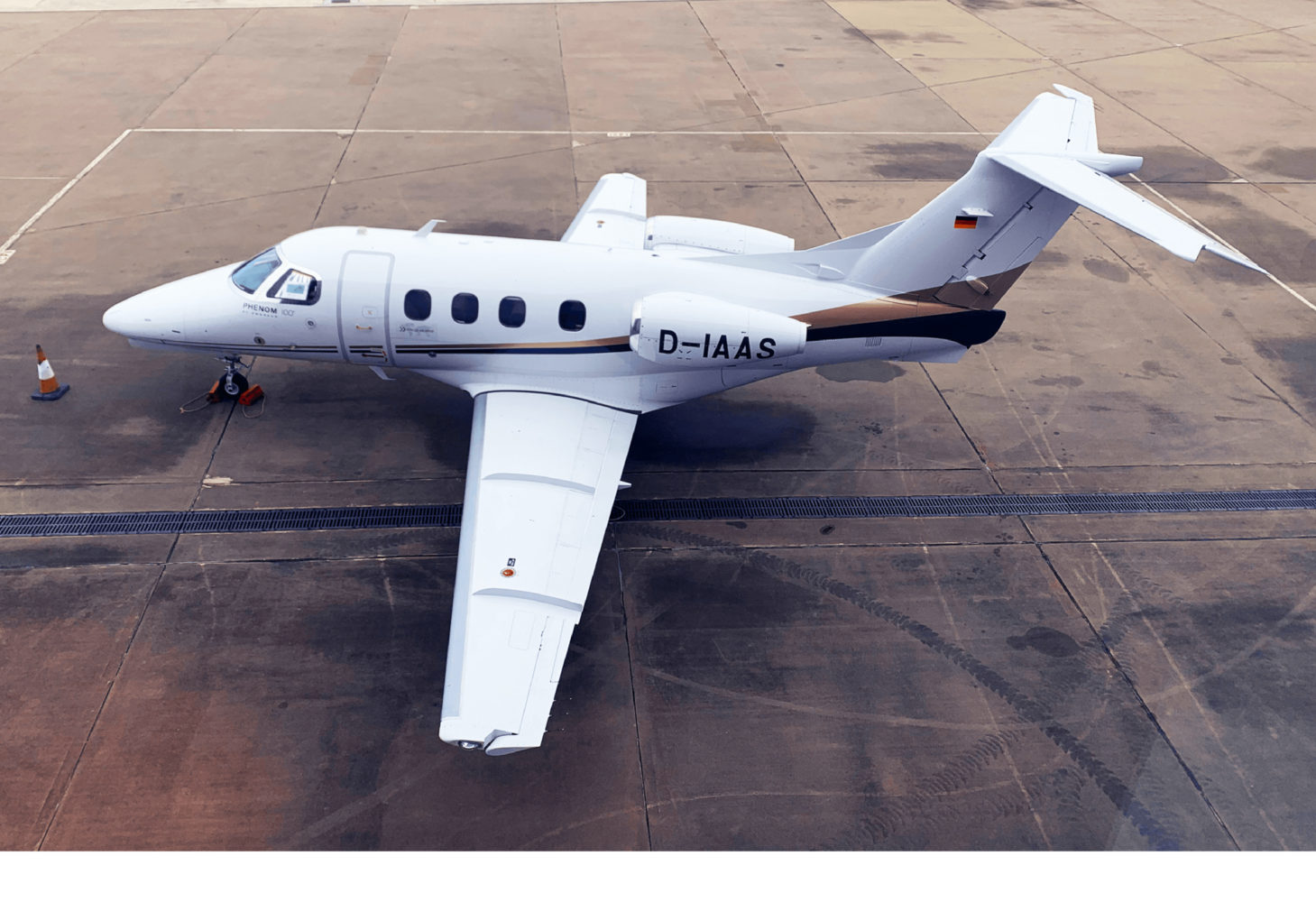 Our fleet of seven Embraer Phenom 100 provide the highest standard of comfort in the Very Light Jets (VLJ) category. You can travel with up to five passengers to destinations within a range up to 2000 km and without stops for refuelling. Enjoy a comfortable flight on direct routes with no layovers.

More details about our fleet

Benefits of the Embraer Phenom 100 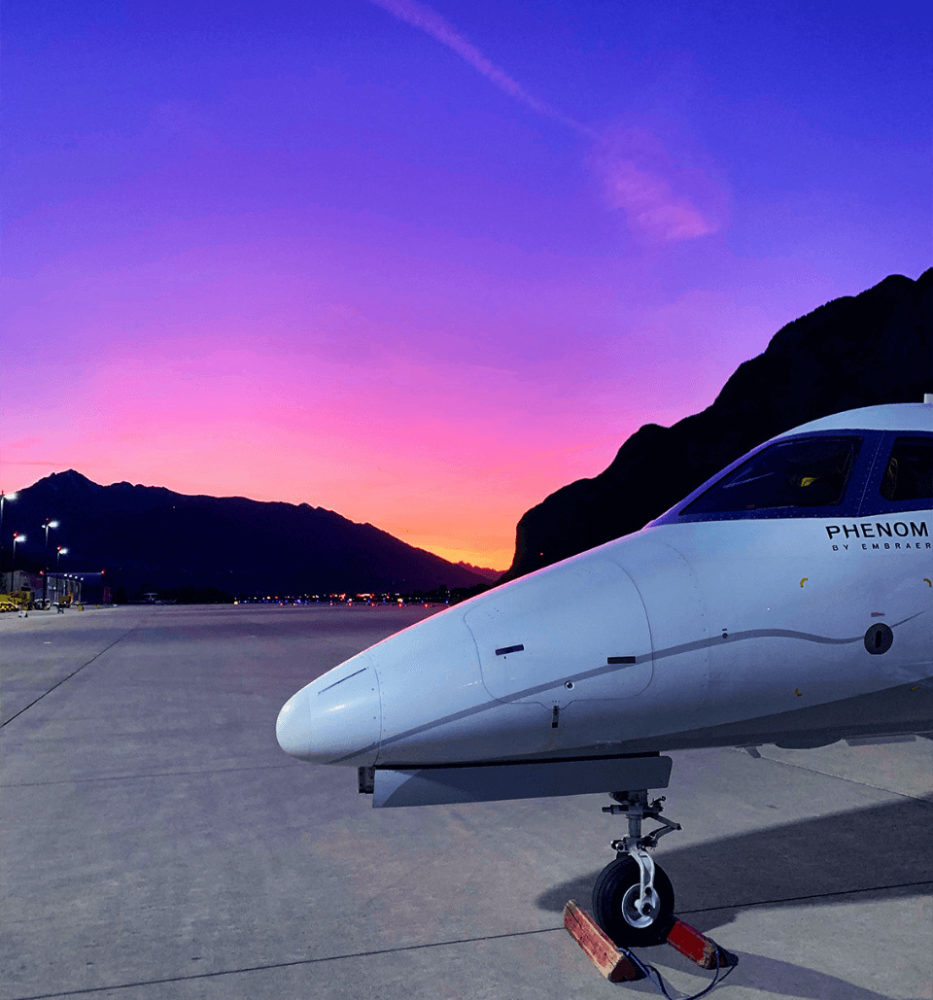 An empty leg is like a last minute flight on a private jet. Book a unique experience for a fraction of the price a private jet charter would normally cost.
Are you flexible with times and destinations? Do you love to go on a spontaneous trip? With an empty leg offer you can save up to 75% compared to regular charter jet prices.

Your benefits flying with Arcus Air 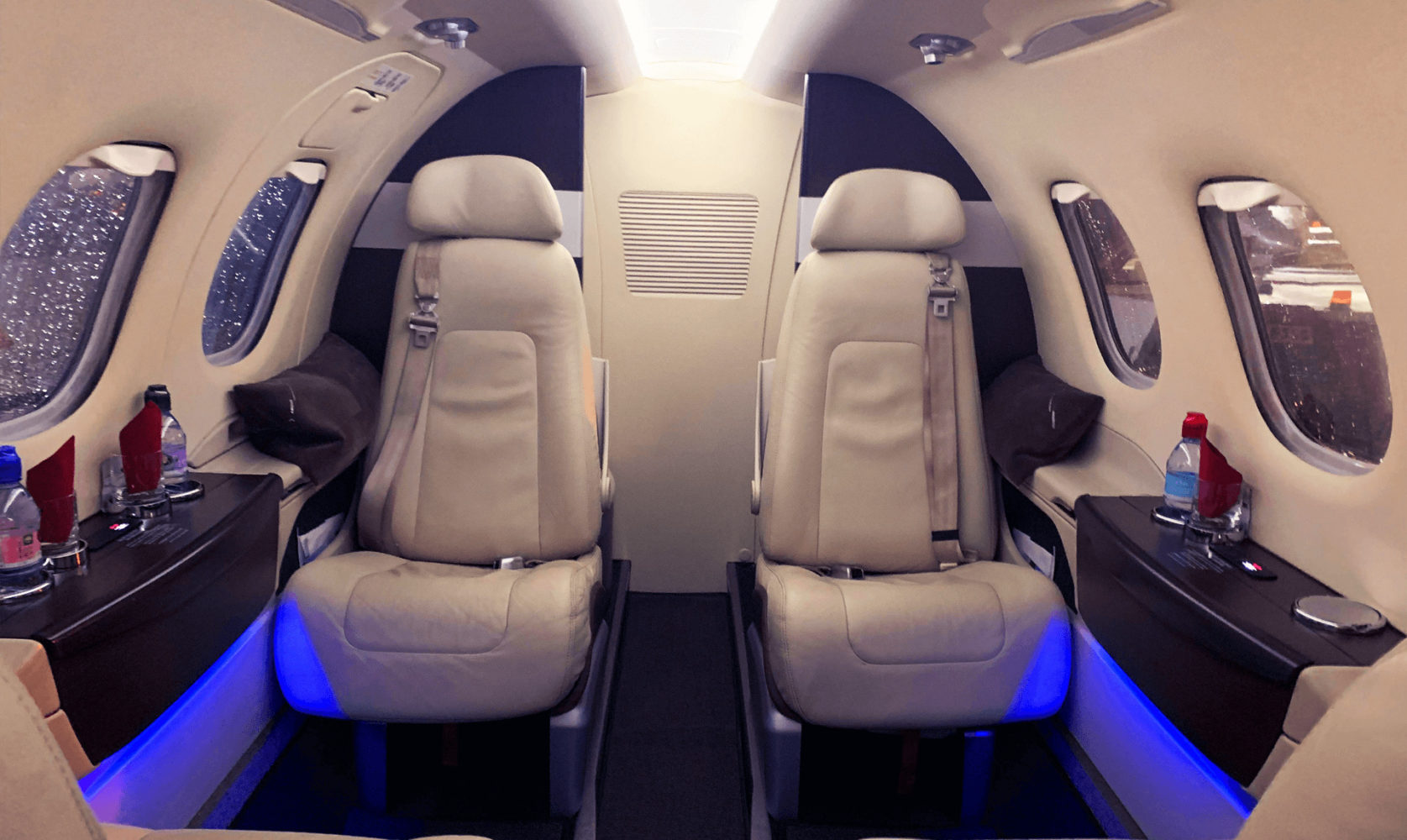 Arcus Air Group is your personal private jet operator. We are a German company with an aircraft fleet based all over Europe.
Why should you fly with us? Our value proposition is our outstanding service to you as a client, providing flexible, quick, affordable and time-saving travel solutions to you.

Let us know about your travel plans. We will create a personalized offer according to your needs, time-schedule and budget.

Request a quote for the best charter jet offer on the market instantly and without further commitments. You can also ask us for any further advice concerning private jets and business aviation. Take advantage of our decade-long experience in the niche. And benefit from our dynamic fleet of seven Phenom 100 Very Light Jets positioned strategically around Europe. 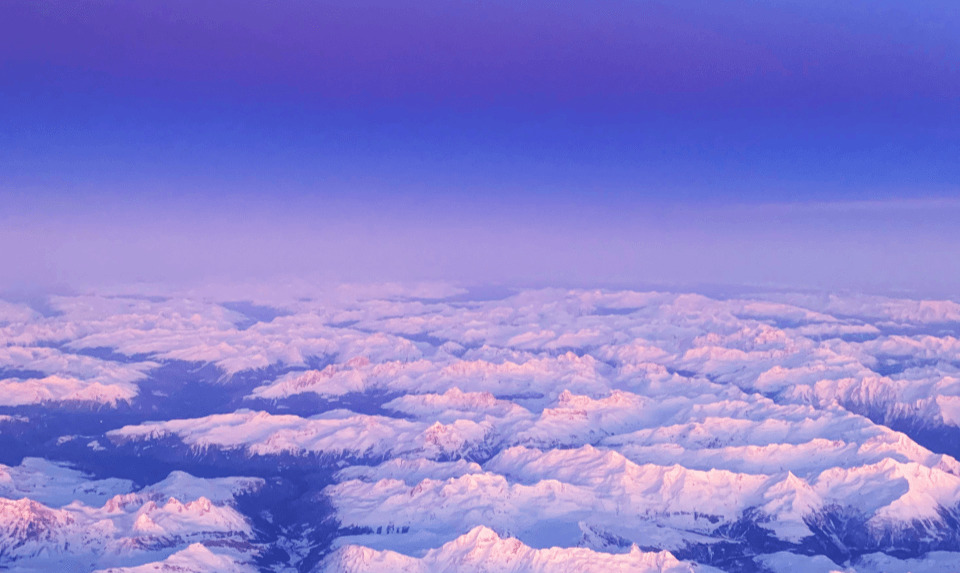 The easy way of travelling on a private jet. Booking your own chartered aircraft with us is simple, fast, trustworthy and surprisingly affordable.

Find out more about the benefits of ARCUS AIR for YOU

Get to know more about Arcus Air

What is a private jet charter flight?

A private jet charter or private air charter is an unscheduled flight, which is not part of a regular routing offered by a commercial airline. When chartering a private jet, you rent the entire aircraft. You determine departure times and the flight route according to your schedule and travel plans.

A private jet charter flight is customised for the passenger. The flexibility to the passenger’s needs is an advantage to a scheduled flight run by a commercial airline. On a regular flight you are only entitled to a seat on a specific route and at a fixed time – even with a first-class or business-class ticket. Whereas on a chartered private jet travel times and the itinerary are under the control of the passenger.

How much time can you save on a private jet?

The cruising speed of our Phenom 100 is 750 km/h, which translates into a total flight duration only slightly less compared to a commercial aircraft. However, one of the most significant advantages of travelling in a private jet is the significant amount of time you might save before and after the actual flight.
First, the transfer to the nearest airport can be reduced to a minimum when flying with a minijet. Our Phenom 100 can take off and land even on short runways. The range of possible airports you are connected with is much higher than with a regular airline. You can fly unusual routes like Kassel to Cannes or Paris-Le Bourget to Altenrhein, which are not served by any commercial airline.
Second, the check-in, security check, baggage handling and boarding procedure will only take a few minutes. Just arrive 15 minutes before the scheduled departure time instead of counting in hour-long buffer times and long walks inside the airport building. And pick up your luggage immediately after landing, instead of losing additional time waiting at the belt.
Third, a private jet allows you to reach your travel destination without layovers and tedious connecting flights. The Phenom 100 can reach most destinations within Central Europe on a direct flight, nonstop in less than two hours flight time.
In general, travellers on a private jet can save several hours on many routes within Europe compared to a scheduled flight with a commercial aircraft or other means of transport.

How much does it cost to fly on a private jet?

Flying in a private jet is often associated with ostentatious luxury, first-class comfort and exclusiveness for a price only the elite few can afford. But travelling on a Phenom 100 with its economical usage is much less costly than you might have thought.

Nowadays flying private is not an exclusive privilege for the upper class. Many of our clients have rational arguments for choosing to travel with our entry-level jets. For them the convenience of saving hours of travel time and flexible planning according to their schedule is worth paying an extra amount.

Oftentimes chartering a small private jet is not significantly more expensive than a business-class ticket, especially when travelling in a group.

The exact costs for chartering a private jet depend on various factors such as distance, take-off weight and airport fees.

To give you a general idea: A chartered flight from London to Paris might cost 5000 Euros, which is definitely affordable to a regular airline ticket, especially when you split the costs among 5 passengers. The total price for a flight from Munich to Cannes will be around 7000 Euros.

What are the benefits of flying with Arcus Air?

You have numerous advantages when chartering a private jet provided by the Arcus Air Group. We are the jet operator with the largest fleet of Very Light Jets (VLJ) in Europe.

Our seven Embraer Phenom 100 entry-level jets are positioned strategically at different hubs around the continent.
Even when you request a flight or change your travel plans spontaneously we can react with maximum flexibility, reallocating our fleet according to the demand at short notice.

Compared to mid-size private jets, our Phenom 100 air taxis for up to 4 passengers have much lower operational costs. We can offer very competitive prices compared to other operators.
Another plus: As the Phenom 100 has a very low take-off and landing run you can fly in and out from a wide range of airports even with short runways.

The most important benefit for you is our focus on making our customers happy: We know our business and what our clients expect when chartering a private jet.

You can trust in almost 50 years of expertise, reliability and highest safety standards. You can expect that we go the extra mile to organize a smooth flight according to your needs. Whatever service you might need additionally before, during and after the flight – our flight operators will take care of your desires.

How safe is a flight in a private jet?

Travelling by airplane is the safest mode of transportation. Beyond this, private jet operators have to comply with numerous safety regulations according to European standards. Small jets, just like large commercial aircrafts, must undergo a routine safety check before each departure.Moreover, the crew of a Phenom 100 always consists of two people – the pilot and the co-pilot. The pilots are employed at our company and fly exclusively the Phenom 100, so they know the aircraft like the back of their hand. Our crew participates continuously in flight trainings for your maximum safety on board. 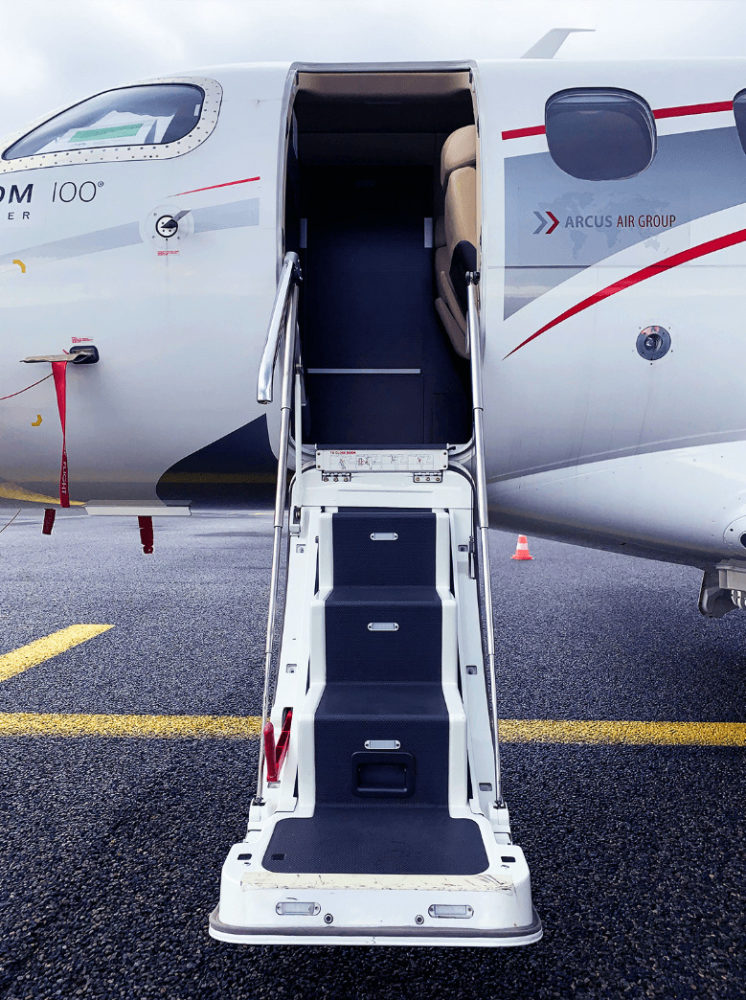 View all our FAQs here. If you still have questions, contact us, and we will be happy to help you.

Manage Cookie Consent
To provide the best experiences, we use technologies like cookies to store and/or access device information. Consenting to these technologies will allow us to process data such as browsing behaviour or unique IDs on this site. Not consenting or withdrawing consent, may adversely affect certain features and functions.
Manage options Manage services Manage vendors Read more about these purposes
View preferences
{title} {title} {title}